Managing reservoirs for the health of the environment

John Harrison, School of the Environment 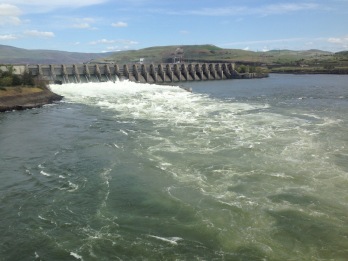 The use of fertilizers, fossil fuels and other practices common to industrial civilizations increases the discharge of nutrients such as nitrogen and phosphorous into lakes, streams and coastal areas, causing algae growth, depleting oxygen and posing a hazard to human health. By slowing the flow of water through watersheds, thereby providing favorable conditions for algal growth and sediment trapping, reservoirs can greatly alter the flow of nutrients from uplands to the sea.

The same characteristics that make reservoirs good at trapping and removing nutrients also make them potent sources of methane. Yet we have only a limited understanding of the relationship between reservoirs and greenhouse gas emissions.

Water scientist John Harrison at WSU Vancouver is out to change that. While synthesizing global data on excess nutrients in freshwater systems, his team noti

ced the importance of reservoirs. On average, reservoirs trap and remove nutrients from water much faster than natural lakes do. Collectively, they also produce a lot of methane, about as much as other important sources such as biomass burning, landfills and rice cultivation globally

With nearly $1 million in recent grants from the National Science Foundation and U.S. Army Corps of Engineers, Harrison is studying reservoirs throughout the Pacific Northwest, seeking ways to enhance water quality while minimizing their release of 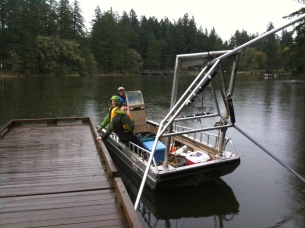 Altering the timing of drawdowns—when dam operators lower the level of the reservoir by releasing water—may be especially important.

Ultimately Harrison hopes to bring lessons learned in the Pacific Northwest to reservoir managing agencies throughout the country.

This entry was posted in Uncategorized. Bookmark the permalink.